Prior to purchasing the Nancy Smith Insurance Agency, Kimberly Mastrantonio served the agency in the role of licensed producer for the last 13 years. Kimberly obtained her professional license for Property and Casualty in 2003 and just recently obtained her Life and Annuities license.

Before joining her mother at the agency, Kim chose a path in the Athletic Training field. Following her love of sports and athletics Kim worked in the field for several years serving as a certified Athletic Trainer for colleges such as Elmira College, Jacksonville University and finishing her career at the University of South Florida in Tampa. While in her position at USF Kim had the privilege of serving as medical coordinator for the NCAA Men’s Final Four Basketball Tournament held in St Petersburg FL, along with medical coordinator for the Men’s College Rugby Tournament.

After four years as Associate Head Athletic Trainer for USF, Kim again decided to further her career again by returning to college and pursuing a degree in Nutrition and Dietetics / Sports Nutrition. While attending Mansfield University Kim again went to work for her mom part time along with working as a personal trainer at a local fitness center. After finishing her dual major Kim went on to manage the fitness center she was working at. It was at this time that Kim eventually took a huge career path turn and went to work full time for her mother at Nancy Smith Insurance Agency. She has been there in the role of licensed producer until 2015 when her mom retired and she purchased the agency.
Kim currently resides with her husband of 11 years Shawn and there dog Maris, in Athens Pennsylvania. When not at work Kim loves to spend her time either in the kitchen or running. She and Shawn both share a love of running and spending time with family and friends. 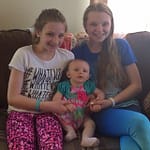 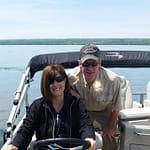